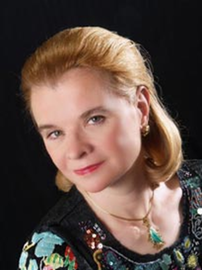 The annual MLMTA Master Class will be held on Tuesday, November 19, 2019 from 9:00 AM to 12:00 PM. Teachers may submit late-intermediate to advanced students directly to Dr. Patricia Powell at
ppowell@wcupa.edu for consideration by November 12.

This year’s clinician is Lydia Artymiw. The recipient of an Avery Fisher Career Grant and the Andrew Wolf Chamber Music Prize, Philadelphia-born Lydia Artymiw has performed with over one hundred orchestras world-wide including the Boston Symphony, Cleveland Orchestra, New York Philharmonic, Philadelphia Orchestra, and the Minnesota Orchestra. Solo recital tours have taken her to all major American cities and to important European music centers, and throughout the Far East.

Critics have acclaimed her seven solo recordings for the Chandos label, and she has also recorded for Bridge, Centaur, and Naxos. Her debut Chandos “Variations” CD won Gramophone Magazine’s “Best of the Year” award, and her Tchaikovsky Seasons CD sold over 25,000 copies.
​
An acclaimed chamber musician, Artymiw has collaborated with such celebrated artists as Yo- Yo Ma, Richard Stoltzman, Arnold Steinhardt, Michael Tree, Kim Kashkashian, John Aler, Benita Valente, and the Guarneri, Tokyo, American, Alexander, Borromeo, Daedalus, Miami,
Orion, and Shanghai Quartets, and has toured nationally with Music from Marlboro groups. Since 2015 Artymiw has been a frequent guest piano teacher at Juilliard, and she also presented master classes at both Juilliard and the Curtis Institute in Philadelphia in 2016.

Artymiw is Distinguished McKnight Professor of Piano and recipient of the 2015 “Excellence in
Graduate Teaching Award” at the University of Minnesota in Minneapolis, where she has taught
since 1989.
​Important Information for Teachers

The Master Class is a collaborative effort between MLMTA and West Chester University and is partially funded by a grant from PMTA. It consists of a combination of selected MLMTA students and West
Chester University students. All MLMTA teachers are welcome to attend this event which is held in the
Ware Family Recital Hall in the Swope Music Building, 817 S. High Street in West Chester. Parking
permits must be obtained in advance or cars will be ticketed.
MLMTA © 2018